Anki, the company based in San Francisco and famous for its other products: racing cars Overdrive and vinyl tracks for them, was working on designing robot Cozmo that we will review today. A robot- tomboy is also a toy but a different kind of.

Robot Cozmo by Anki is a rather complicated mechanism despite its small size. It consists of more than three hundred parts, 340 ones to be precise. Moreover, they have different degrees of complexity. And they work based on data that comes from sensors and requires complicated computations.

What really is incredible, the work Anki has done to design software for Cozmo. More than 1.4 million lines on programming language C, C++, and Python breathe life into the robot. They are combined with approximately 900 animations and 2500 audio files that allow Cozmo to demonstrate its emotions for people.

A high-speed onboard processor handles hundreds of signals per second and uses a smartphone’s processor to deal with the most difficult issues.

The robot recognizes the reality due to 640х480 pixels camera located just below the level of its eyes.

Cozmo’s design is very similar to Pixar cartoon characters and that is understandable: the creators of Cozmo were inspired by Wall-E and the author that worked on it has worked at Pixar studio before.

The robot has tracked chassis, a circular body, a square head with a small face-display and elongate “hands”. It may seem like nothing special but the intellectual toy amazes with its skills, behavior, and the ability to process the information.

The robot with personality is acting like a cartoon character straight from the screen and a small cute tractor at the same time (as our small robot also has tracked chassis).

The manipulator serves as hands that can grab, hold and move goods. That is why the toy also resembles a bulldozer.

The robot is a symbiosis of knowledge that has been accumulated in robotics, artificial intelligence, mechanical engineering, programming, and many others.

The battery takes only 10 minutes to charge and provides a two-hour possibility of communication with the robot. When the battery is low you will hear a sound signal and the robot “get tired”. It’s worth noting that Cozmo reacts on low power just like people do so it really is perceived as fatigue!

The mobile application (there are Android and iOS editions) gives access to program code Python. The application allows you to “discipline” your pet but it is possible to write your own algorithm to teach Cozmo, for example, new emotions and moves.

The manufacturer doesn’t forget about its robot: we get software updates for our pet that contains new functions, emotions, and games! No doubt it is almost impossible to predict the robot’s actions, it acts as a living creature!

It’s worth noting that the program is intuitively understandable: you and your child will have no problems with the robot’s connection and setup as well as with your next interaction with it. It will also be easy to understand how to create new algorithms: you can always find a lot of materials written by Cozmo owners.

The only nuance worth mentioning is that the robot connects to a smartphone via Wi-Fi. In order to connect to Cozmo, you need to go to the “Available connections” section on your phone and find the network with the name “Wi-Fi Cozmo” and press it. You will find the password to this network on the robot’s “face” after it gets started. Now your robot is activated and is ready to explore the world.

The main Cozmo feature is what Anki (the manufacturer) calls an emotion engine. It is able to ignite a wide spectrum of different emotional states. Being built on the basis of academic knowledge about human physiology these states (happiness, calm, courage, confidence, and delight) are obtained from five big features of human personality that are usually used to describe the human psyche. Mixing and combine these features Cozmo is capable of generating a surprisingly wide spectrum of human emotions.

Cozmo is quite shy the first days upon meeting. Then you will notice playfulness in its behavior. For example, if he is building a tower using the blocks from the kit and you interrupt it, you will notice the robot getting mad. The robot expresses its feelings through the eyes on the digital display. It expresses a wide spectrum of emotions, for example, shock or irony due to the richest audio library.

It is unusually realistic that’s why kids can often doubt if it is a toy or something alive. By managing Cozmo you will see the world through its eyes and it is something new that evokes unusual feelings. Electronic pet Cozmo calls by names those who often talks to it and expresses emotions through its eyes due to looks like a living creature.

My impression from interaction with Cozmo

Well, a small robot comes off a charging platform, looks around and sets to work. Among the first tasks are to explore the surroundings (it is usually a table as it is designed to ride on its surface) and together to know people that it will communicate. A hidden front camera and special software allow it to ride on the table without falling. It’s worth noting that materials that Cozmo is made of are high-quality and solid. Even if the robot falls off the table nothing will happen to it. It recognizes its owner’s face and learns his name that keeps saying over and over with the voice similar to R2-D2 and Wall-E.

Actually, in the process, it always mumbles something nice accompanying animated eyes that are depicted on the screen. Analogies aren’t accidental: it was intended to be like those legendary characters and composers from Pixar and DreamWorks helped to put this idea into life.

I don’t know what proportion of self-education and programming behavior is involved there but those who had the privilege of playing with Cozmo on their tables claim that it is very difficult to predict its initiatives and reactions and will not get tired from it in a week. its activity comes to different games including playing with “smart” blocks (there are three blocks included in the kit; they use batteries, light up and capable to change color). The blocks fit the scoop’s size so baby-robot can but together blocks, move, push and even throw them if it is not in the mood.

“Not in the mood” in this case, you should understand literally. The creators incorporated in Cozmo an element that they called “emotional engine”. The robot “knows” the whole spectrum of emotions: from happiness and delight to sadness and irritation. And despite a very poor ability to express it, it is capable to show it in the way that you can’t but make you smile. The photos, by the way, don’t convey a tenth of this expressiveness: check out the video!

Here the robot asks you to play with it by move close to your hand and gently touching it with the scoop. Did you refuse by waving at him and making a face? It will be upset, “put its eyes down” and “fling up its hands”. Agreed? For example, you agreed to play in “click in a race” –the first to knock on the block that changes color. It will passionately try to get ahead of you steadily rising the spectrum of emotions (only those programmed).

Do you want to take it in your hands? It will narrow its eyes with joy or may protest like a chicken. Will you present it a block? The robot will spin with excitement. If it gets stuck it will do its best to turn back “on feet” accompanying the whole process with sounds and eye movement. Moreover, if Cozmo falls asleep on the platform it will start snore a little.

To summarize the review, I will tell you about all the pros and cons of my pet with artificial intelligence. I will tell you right away that my impression of Cozmo is very positive and I’m sure that it will be an excellent present for everyone. It is a truly very intellectual robot whose interaction makes everybody happy.

The competitor from the space Orbotix Sphero BB-8

Although Sphero is not as smart as Cozmo it is much cheaper. After two years from the start of sales, this robot from “The Star Wars” costs almost twice cheaper than Cozmo.

However, it is capable to express its emotions only with the help of an application and permanent beeping. Anyway, this robot will become a pleasant present for authentic fans of “The Star Wars”. You can read a detailed review of Orbotix Sphero BB-8 on our website!

Also, Cozmo has an older brother named Vector: it is a little smarter, more autonomous (due to its own processor and use of cloud technologies it doesn’t depend on a smartphone) and uses more technological solutions. For example, Vector can find a charger on its own and fill up its own energy!

However, Vector is not a substitute for Cozmo due to a large difference in price. Vector costs one and half times more than the younger brother! Read our detailed review of robot Vector from Anki! 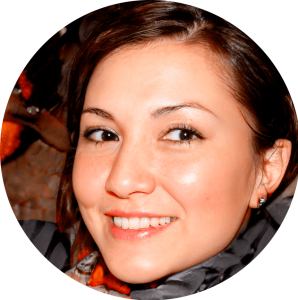 Julia Mells
Hello! My name is Julia Mells and I recently started my own blog about kids. I would be glad if my articles will be useful for you! Please write comments and ask questions, I will be glad to talk with my readers!
Check Top 100 Toys on Amazon!

What kind of ant species should a beginner choose?

Effective Ways to Teach Young Kids how to Read

AFFILIATE DISCLOSURE
Some posts may contain affiliate links. Bestbabykit.com is a participant in the Amazon Services LLC Associates Program, an affiliate advertising program designed to provide a means for sites to earn advertising fees by advertising and linking to Amazon.com.